For further details of this case, please refer to the press release issued by GL as follows

Mr. Alain Dufes, Chief Financial Officer of Group Lease Public Company Limited, revealed “on 11 September 2020, GL filed a civil claim against J Trust Asia Pte Ltd. (“JTA”) in Thailand seeking 9,130 million baht in damages. This claim is similar to the previous civil claim we won on 5 March 2020 where the Court ruled that JTA acted in bad faith by filing the false rehabilitation petition against GL in Thailand. In that case, the Court ruled that JTA’s actions caused damages and ordered JTA to pay 685.5 million baht, including lawyer fees, to GL as of 5 March 2020.

The damages awarded to GL on 5 March 2020 related to the automatic stay period from 10 January 2018 to 19 March 2018—a total of 68 days plus litigation costs. However, JTA continued to commit wrongful acts against GL even after 19 March 2018. JTA did not accept the Bankruptcy Court’s 19 March 2018 ruling and appealed shortly after. As a result, the Central Bankruptcy Court again reviewed the case which resulted in another and even longer automatic stay for GL, which eventually the Court again dismissed JTA’s claims in favor of GL. Still, JTA refused to accept the Court’s conclusion and appealed. These JTA actions and other legal actions by JTA against GL in Thailand and against GL’s subsidiary in Singapore have caused damages in GL continuously. Further, it turned out that these JTA actions have been decided and instructed by J Trust Co., Ltd. (“J Trust”), JTA’s parent company, and two directors, thus GL has now claimed in this civil case against J Trust and the directors as well.”

Mr. Tatsuya Konoshita, Chief Executive Officer of Group Lease Public Company Limited, stated, “as long as J Trust and their companies continue its bad faith legal strategy and using the courts as its instrument to harm GL, then GL will continue to seek compensation for that damage. The claim filed 11 September 2020 covers the period from 20 March 2018 to 11 September 2020. Since the court in Thailand previously awarded GL 10 million baht per day in damages for JTA’s actions, GL is seeking 9,070. 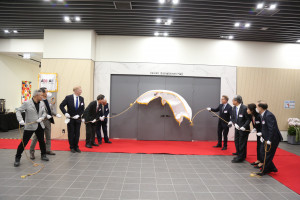